One of the games liberals like to play is the name-calling game. They call you a name and suddenly nothing you have to say has any merit or makes any difference. They create a dichotomy between two sides by proposing a position, and opinions regarding it, then denouncing both opinions as somehow extremist, all the while never regarding the positions. A Right-wing and a Left-wing, liberals take the "middle" option, so they say. The "Left wingers" are radicals, and the "right-wingers" are extremists. Generally, the case is an either-or case, as opposed to a both-and, but the game's goal is to turn the either-or into a both-and, it's a game where the rules are based on relativism, whatever opinions there are, they are all placed on the same level, you see, all opinions are equal, and no opinion has any more merit than the other save the amount of people who accept a given side, as a rule.

The whole problem with the liberal's view is that his opinion is completely and totally sophistry, his whole view and logic is based on the erroneous principle that there is no absolute truth, but only a relative truth. His thinking is illogical, it has no concept of the principle of contradiction [that a thing cannot both be and not be]. The Liberal is a modernist, his logic is not logical, his logic is one that divorces premises from conclusions, judgments from judgments, amounts from totals. His key principle is that there is no definite conclusion about anything, he denies the central act of the mind. The object of judgment is a conclusion, the whole logical process of the mind is one which is aimed at discerning the truth, at coming to a conclusion, at logically drawing a conclusion from a logical premise. And therefore his mind is stunted epistemologically and psychologically. And so his conclusions cannot help but be erroneous, because his interest is not in ascertaining the absolute truth, but on the possession of a convenient relative fact.
His aim in an argument is not to find the truth, but to win the argument, argumentation for him is not a resolution, it is not about finding out what opinion is right, but towards winning a battle, which for him is no battle at all, his argumentation is the argumentation ad hominem et ad populum. His argument is all about avoiding the issue, he finds that he does not want to face the issue, so he dismisses it by calling it a name, by blindly denouncing it as "radical", or "extreme", he hopes to avoid having to logically and honestly consider his opponent's position, he merely wants to push his own agenda.

So the liberal regards Catholicism and its adherents. He asserts that either one accepts the common opinion or he is a radical extremist, there are no truces, no agreements, no concessions, there must be complete and whole submission to the common view or else. And the common view is usually one which implies that while there is no absolute truth, one must hold the common non-truth. It is a cowardly manner of argument.

The fact is that it is the liberal's opinion which has strayed far left, not the traditionalist's, marking the decades, one may notice that each generation progressively declares the last one to be "radically conservative", no matter how liberal it might have been. It is, in fact, the liberal who has embraced the opinion of the extreme left, no matter how many adherents it may have, it remains the radical left, and no matter how many times the truth is declared to relative, the truth remains the absolute and pure truth, and it holds the primacy over all errors, which have no rights at all.
Posted by Leo at 16:36 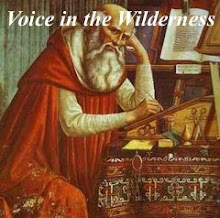 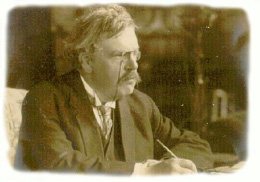 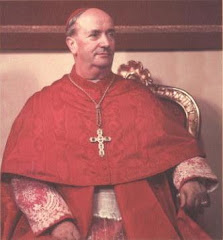 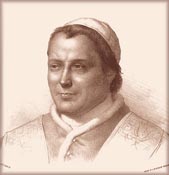 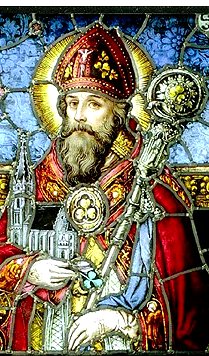 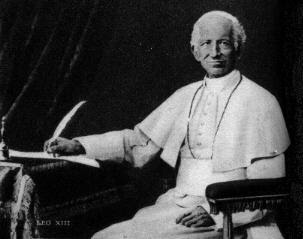 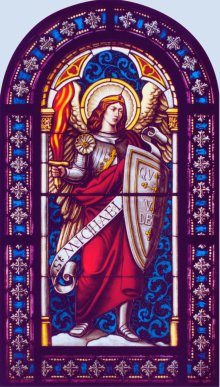 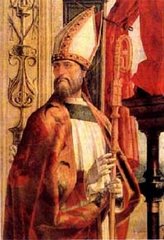 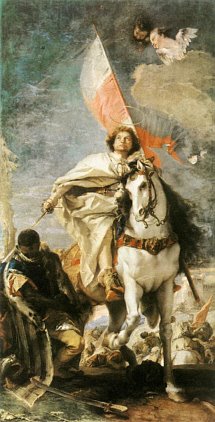 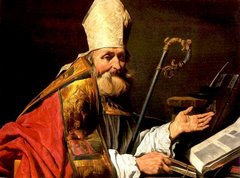 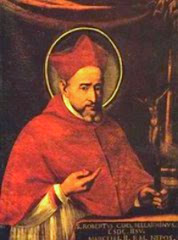 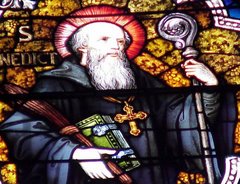